What Is a Pilot Car and Why Are They Needed for Heavy Hauling? 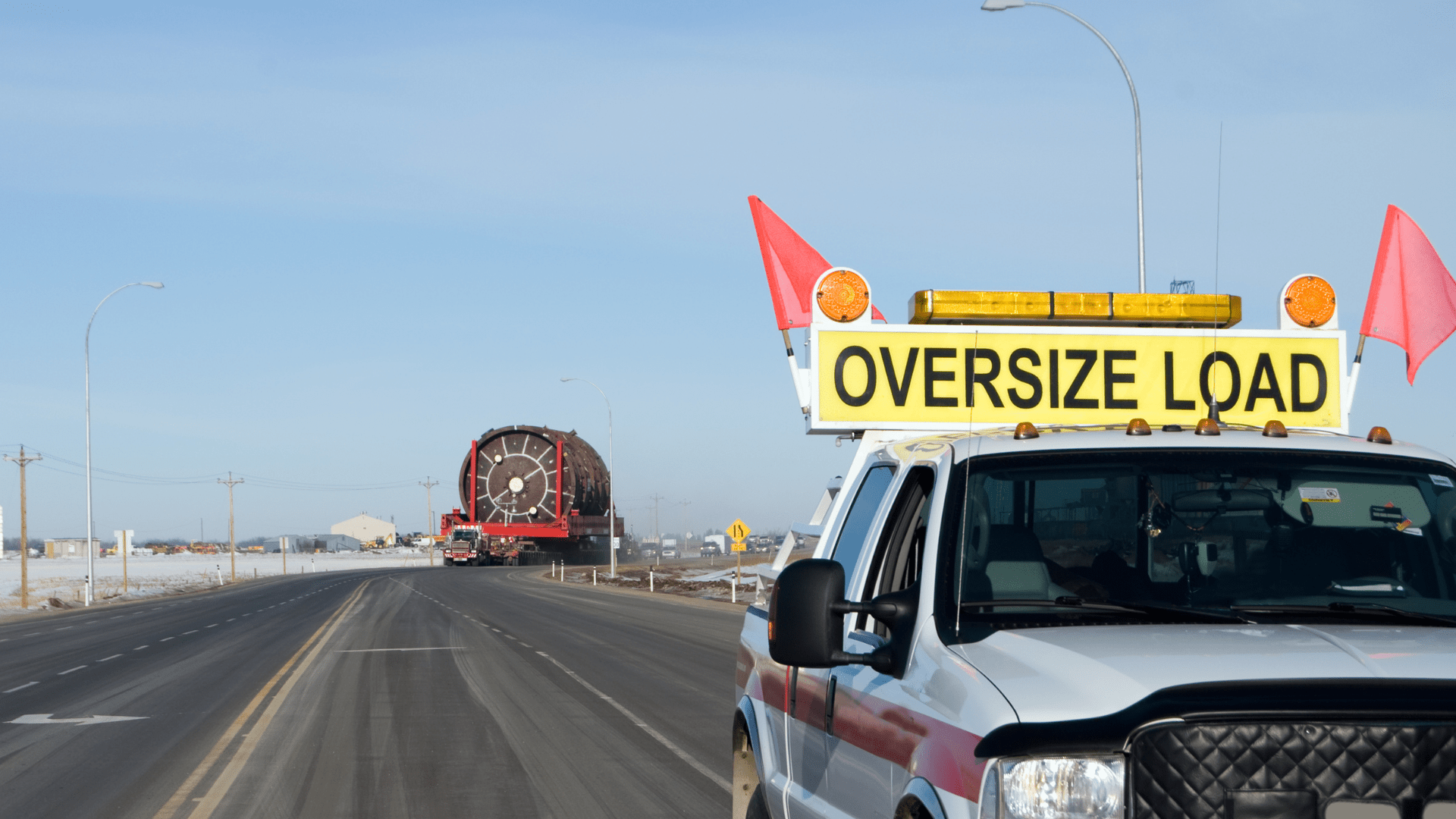 What Is a Pilot Car and Why Is It Important?

What Equipment Does a Pilot Car Need?

What Are a Pilot Car Driver’s Responsibilities?

What Are Pilot Cars Most Commonly Used For?

When Are Pilot Cars Needed for Heavy Hauling in Texas?

What Is a Pilot Car and Why Is It Important?

A pilot car, also known as an escort vehicle, is a form of escort for oversized loads. Pilot cars help ensure everyone on the road stays safe when there is an oversized load passing through. These escorts are clearly marked and help manage traffic, especially in crowded areas like highways.

In Texas, there are several dimensions which are generally followed across the U.S. to indicate whether a load is oversized or not. The maximum limits for any load in Texas without a permit are 14’ in height, 8’6” in width, and 59’ in length. Weight limits are also something to be aware of because loads may not exceed the size limits but could be too heavy and require a heavy haul permit anyways. The weight limit in Texas is 20,000 lbs. for single axle, 34,000 lbs. for dual axle, or 80,000 lbs. total. When you have an oversized load, it’s important to know its weight and dimensions, as well as your starting point and destination, so that you can apply for the proper permit.

Certain loads may also be escorted at night rather than during the day. Pilot cars are heavily regulated (and in some cases need to be certified) in order to ensure the safety of everyone on the road. In addition, they are driven by professionals who know the laws of each state the load will travel through and are equipped with safety kits and other equipment.

What Equipment Does a Pilot Car Need?

To warn drivers of the oncoming oversized load and that it might be going more slowly than the flow of traffic, pilot cars must have flashing or rotating bright lights, normally yellow, orange, or blue. In Texas, there are a few options for the color of the lights: pilot cars can have two flashing orange lights, one rotating orange light, or alternating/flashing blue and orange lights. In all cases, the light(s) must be visible from all sides of the pilot car.

Most states, Texas included, require an “OVERSIZE” or “WIDE LOAD” sign displayed on either the roof, front, or rear of the pilot car. These signs are commonly seen as black lettering on a yellow background to catch other drivers’ eyes, and they must be visible from the front and rear of the pilot car while they escort the oversized load.

Safety flags in bright, neon colors are placed at the four corners of the load or at the widest extremities to help warn other drivers of the load. In Texas, warning flags must be red or orange and at least 12 in. squared.

A working two-way radio is required for all pilot cars and truck drivers to ensure that they can maintain communication throughout the journey.

A height pole, used only for very tall loads, is made of nonconductive material and measures overhead obstructions, such as bridges or electric cables. If the pilot car’s height pole hits an obstruction, then they can warn the truck driver that they must find an alternate route and avoid an accident.

What Are a Pilot Car Driver’s Responsibilities?

As trained experts, pilot car drivers understand that their job is essential to keeping people safe and to getting oversized loads to their location on time. However, their jobs come with other responsibilities, such as:

What Are Pilot Cars Most Commonly Used For?

While pilot cars are most often associated with trucks or trailers, they are in fact used for many more vehicles that are not necessarily considered oversized loads. While their job is always to guide and support other drivers, they can also be used for:

When Are Pilot Cars Needed for Heavy Hauling in Texas?

In the state of Texas, an escort vehicle is required for most vehicles exceeding the size limits, with only a few select vehicles needing an escort if their load goes over the weight limit. In some cases where a load exceeds limits in two dimensions, two pilot cars may be provided—one in the front and one in the rear. In addition to private escorts, the Texas DMV may need you to coordinate with law enforcement escorts (such as police cars) as well.

Pilot cars are a necessary and important part of any oversized load’s journey, and they are useful in other situations as well. Their main responsibility is to keep everyone safe while the load is traveling and to make sure that the load reaches its final destination as quickly and securely as possible. More specific information regarding permits, load limits, and escorts can be found on state DMV websites.