What Is a Bill of Lading? 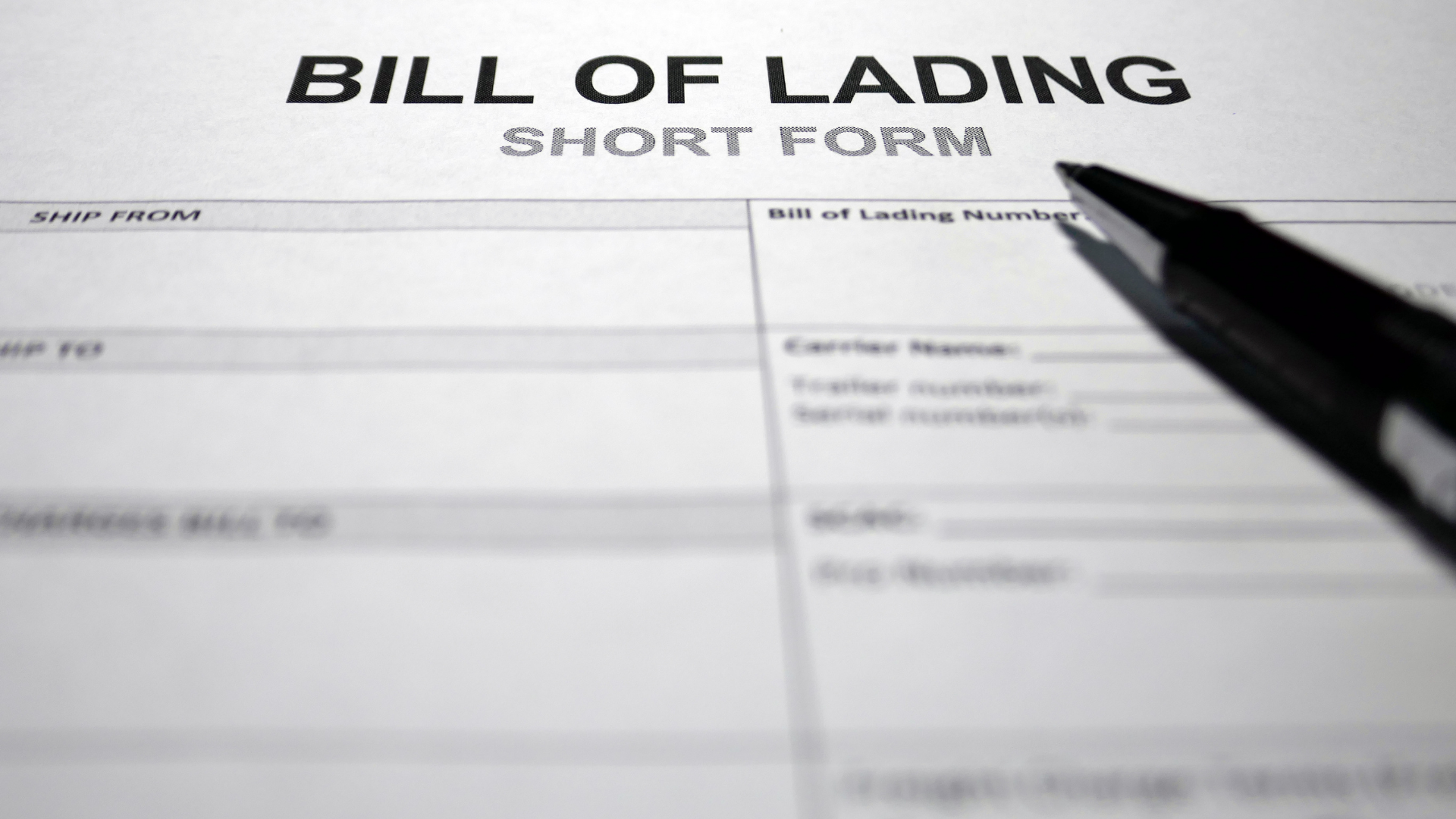 A bill of lading is a document that is required for nearly every hauling job. It acts as multiple documents at once, a receipt, a contract between carrier and shipper, and is a document of title. The bill of lading or some alternative will always be involved as part of the owner operator paperwork that is in every job you take. Knowing your way around one will ultimately benefit your business.

First, let’s talk about what goes into each bill of lading. The names of both the shipper and the receiver will go on the document. Next will be the purchase orders, or special reference numbers. These could be important for actually picking up and dropping off cargo. Then there’s the special instructions. This is a section where you will include anything that doesn’t require extra service but is still important for the job to get done. Then we also have the date that the shipment is picked up. This is important for tracking the cargo. There should also always be a description of the items aboard the truck. This could include the number of units, the dimensions of the items and info about what the items actually are. Then we have the packaging material. This part will just talk about what is being used to keep the cargo in place, whether it’s crates or something else. The form will then talk about the NMFC freight class. This is important because it can affect the cost of the shipment. The freight class is checked in a number of different categories. The last part of the bill of lading is not one you’ll find on all of them. It’s the Department of Transportation hazardous material designation. If your cargo has anything hazardous in it, then your bill of lading must reflect that as well. If not, then you’re in the clear.

Common Slang in A Bill of Lading

When it comes to writing a bill of lading, and the industry as a whole, many people involved in hauling have developed some slang that those on the outside may not understand. Most forms of slang in a bill of lading will be the various terms and phrases just shortened down to acronyms, like the form itself is sometimes referred to as aBOL. Other common slang terms in the hauling industry are usually in reference to vehicles. For example, a trailer can be referred to as a “rig,” and “bundled out” implies that a trucker has a full load.

Where They Came From

As you can see BOLs are quite important for the trucking industry. However, they didn’t start as the end all be all form they are today. Initially BOLs were simply the receipts for a hauling job. They didn’t have any of the official info that they need today and didn’t really mean all that much in the hauling world. The need for the other information on BOLs came from the idea that a document was needed to indicate who the goods belonged to. Though BOLs remained partly as receipts for transactions and freight brokers, they ultimately became so much more. They decided who the goods belonged to. Now,they do both of those things and more. The protect hauler, the shipper and the receiver from any sort of illegal activity and ensure that every job is completed as intended. Though the bill of lading for each job is extremely important, there are a handful of different kinds of BOLs that can show up in place of the typical BOL that you would normally see on an order.

First there’s the to order BOL,which is used when payment for the cargo is not made beforehand, and the price of the cargo may still change. Then, we have the consignment BOL, which is used when the items being shipped have already been paid for. The claused BOL is used when cargo arrives to the consumer damaged or in some way different than what was asked for. Then there’s the electronic bill of lading which as expected is just an online version of the BOL which can be more convenient. The final BOL is called the negotiable BOL which is used whenever the customer whois supposed to receive the shipment is not yet known or definite.

Bill of Ladings are an important part of the trucking industry. A BOL of some sort is required on nearly every job, and without it the safety of every deal would be put at risk. There are many different BOLs to fit into many different scenarios. After enough time doing them, the BOLs you fill out for your business will seem much easier with each job you find.