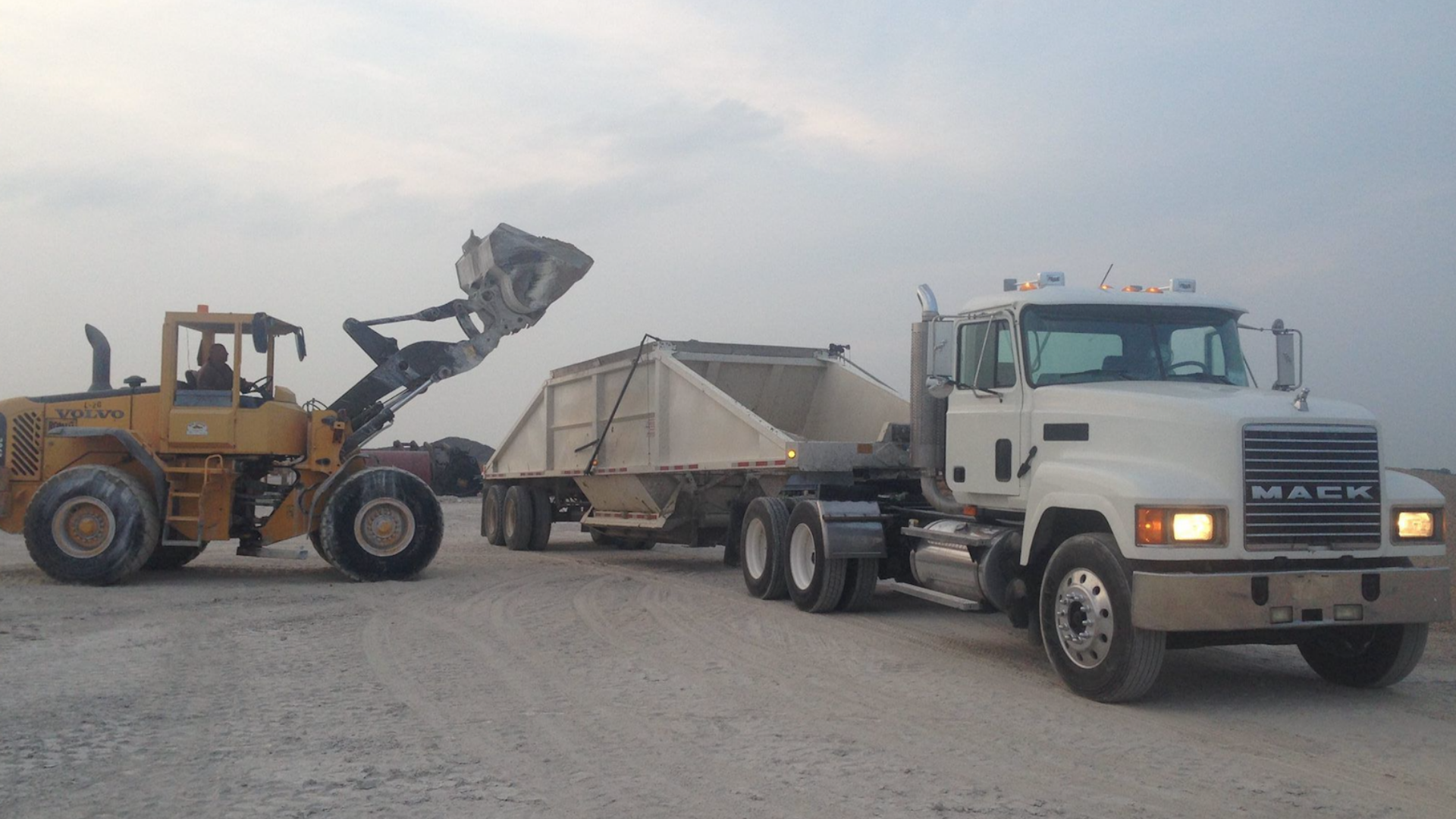 What is an End Dump Trailer?

When you hear the words “end dump”, your brain probably ends up conjuring up images of your good ol’ average dump truck. End dumps are waste transport and disposal vehicles with an open-top box. These boxes are mechanically raised into the air, and their contents are unloaded out the back by lifting the front-most part upward while the rear portion remains close to the bottom. It is important to note that end dumps are rarely used to transport liquids because it is difficult to close the back gate without spillage.

Aluminum and steel are two of the most widely used components in modern appliances. They are used in home and kitchen appliances, electronics, personal devices, and most importantly, why you clicked on this article: end dump trailers. Steel and aluminum both have their own set of benefits; benefits that depend on your taste and needs. If you're not sure which way to go, ask yourself two questions: What am I going to do with my trailer?” and “What am I towing it with?”. If you're going to use it as a daily work trailer and expectit to take a pounding, steel is the way to go. Steel is more robust and heavier than aluminum, as are steel welds. Aluminum is a good option whether you're hauling a trailer over long distances or with a small tow vehicle for it is 30%lighter than steel—making it great for less aggressive ventures.

End Dump Trailers Come in a Variety of Shapes and Sizes

There are several variants, ranging from frames to gates and allin between. Channel, I-beam, and tubular are the three most common frame types for dump trailers. Each has advantages and disadvantages, but in the end, it comes down to cost and power.

This is the cheapest and weakest frame type, but it's common in smaller dump trailers. A rectangular frame with one side missing is known as a channel frame. The supports may now slip inside the frame and be bolted together.

Also referred to as a "middle-ground" frame, I-beam frames are used on longer trailers. It's a frame with a mid-price and mid-strength. Two, often three, I-beams are used in these frames.

‍The most durable, but also the most costly, frame type. In terms of shape, tubular frames are almost identical to channel frames, with the exception that they are fully closed. Frequently found in small to medium-sized dump trucks.

Popular end dump manufacturers and brands include names such as Travis Body & Trailer, Inc, Ranco by Western, Midland, and Mac--each the best depending on your personal style, taste, and needs of your project.

What You Can Haul with an End Dump Trailer

Hauling and unloading an end dump trailer involves raising the dump box into the air and dumping it from the back. End dump trailers can hold more weight than a normal dump truck and unload more quickly. They can also transport tough items, such as massive demolition rubble, with ease. They are typically built with a heavy-sided architecture that allows them to withstand certain harsh and abrasive materials. In comparison to their counterpart, the “side dump”, end dump trailers have these higher sides and, as a result, can hold more cubic yardage but not inherently more weight. To optimize payload,newer end dumps are frequently made of aluminum; however, some, on the other hand, are made of AR400 abrasion-resistant material, which is commonly used in "side" dumps. The materials typically carried by end dumps, such as sand, gravel, crushed stone, and asphalt, are relatively gentle on walls,floors, and other surfaces due to the strong built described.

The following items are better to haul in end dump trailers:

Whether for unloading onto a worksite or any personal dump-ventures, end dumps are perfect tools for projects with a lot of content that needs to be moved. They have a quick load/unload time, making them cost-effective for moving massive amounts of building material.