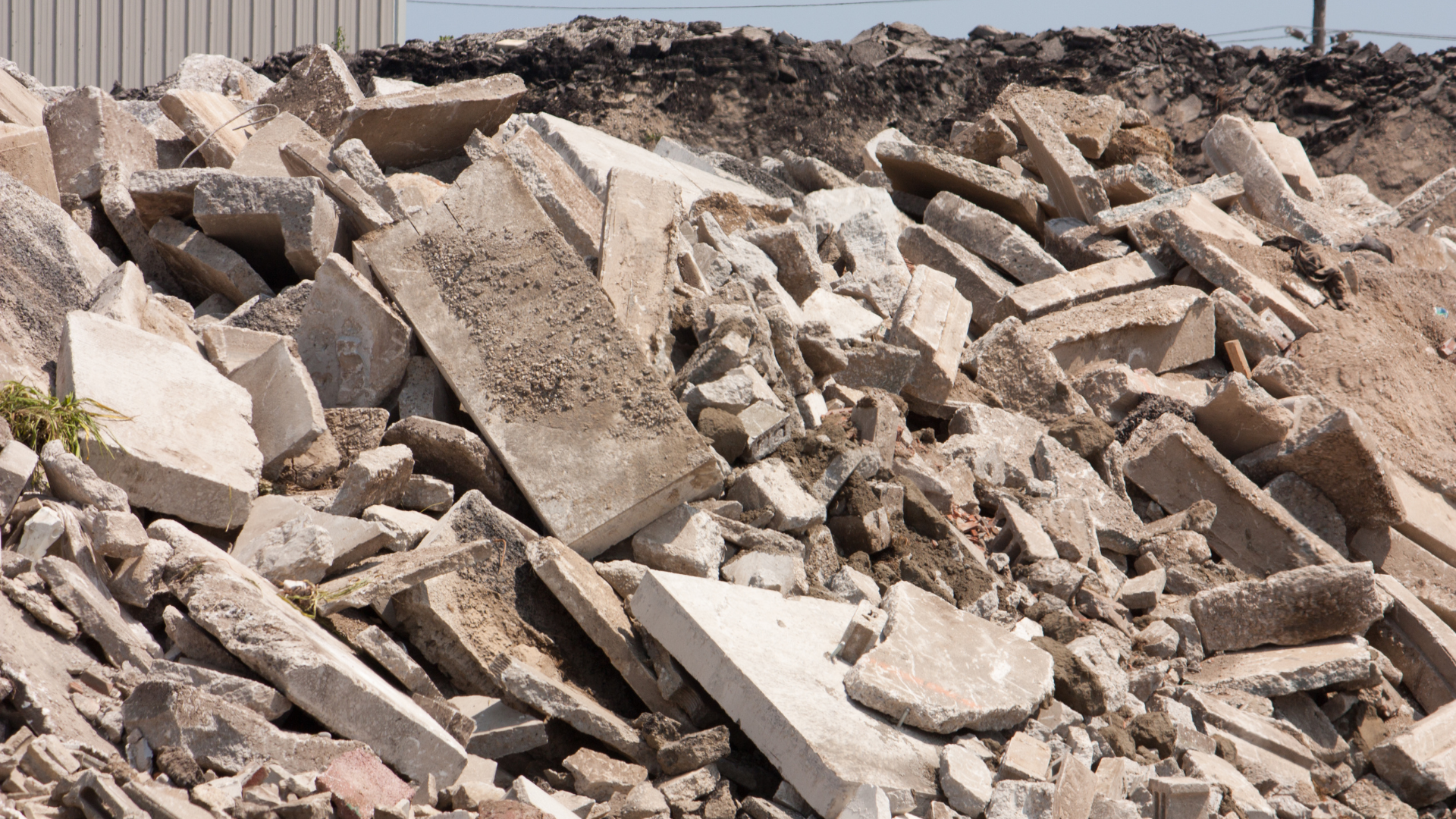 What is Recycled Concrete & How is it Made?

Interested in Using Recycled Concrete for Your Next Commercial Job?

History of Crushed Concrete in Construction

Believe it or not, crushed concrete actually has a long history in construction and has been involved in a number of jobs. Most often the material is employed by construction companies who are seeking to expand on major roads. The most major event in which this took place was the expansion of Route 66 in Illinois. The highway needed to be expanded from 2 lanes to 4, and thus the construction company, instead of just laying a whole bunch of new concrete decided that the best decision was instead to recycle the concrete that was already there to ensure that the whole highway looked good, instead of just the two new lanes. Now, since crushed concrete is already a common material, most of the buzz surrounding it is about how it positively impacts the environment in comparison to other building techniques and materials. In the 1970s there was a big push for reducing landfills, and crushed concrete has served as an important deterrent for the creation of new concrete. We’ll get to more on the environmental impact of recycled concrete later on.

Projects that call for Recycled Concrete

I mentioned above that recycled concrete has had a great effect on the environment, and it’s not really because of what it does per say, but because of what it prevents. Concrete can’t be broken down naturally. Once it is made and then ultimately discarded for whatever reason, it will be thrown into a landfall where it will never break down. It will simply sit there, taking up space and having awful effects on the environment. Recycled concrete takes old concrete and gives it more use. It doesn’t allow it to be thrown into a landfall to sit, it puts it back into work operations. Recycling concrete ensures that exorbitant amounts of new concrete will not have to be made to make up for the loss of old concrete, as most of the time recycled concrete can work with new concrete, meaning less new concrete has to be made to perform a given job. Overall, recycled concrete has continued to be a great way to help the environment by keeping the cycle of concrete being made and disposed of from getting out of hand.

How to Order Recycled Concrete in Texas

Finding a reliable source to deliver recycled concrete to you in Texas can be a tough job. We at Twisted Nail however are committed to doing every job perfectly every time. We can haul any amount of recycled concrete that you could possibly need for your job site from wherever you purchased it from. If you’re operating in the Waco, Bryan, or Austin areas, Twisted Nail is the best choice for hauling materials to you. Don’t let your job suffer from a lazy, late shipment, and let Twisted Nail handle your hauling needs, and put your mind at ease.